You shined a light in the darkness 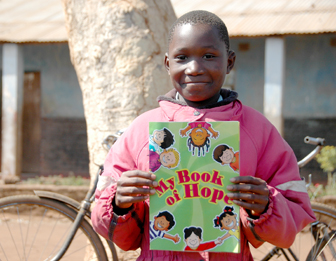 Joseph was the seventh child of his father’s second wife — his father has two wives and a total of 14 children.

In their impoverished village in Africa, it was impossible for one man to provide for so many dependents. Joseph often went hungry. Most of the time, he and his siblings had little more than the clothes on their backs. Often times, there was very little food as well.

But the family had friends in a faraway city, and Joseph was fortunate enough to be sent away to attend school there — he went to a missionary school, and for the first time heard about a God called “Jesus.” He didn’t think much about this, though — in his village, the people were animists and worshiped the mountain, the river, the rocks. Worship of a man didn’t seem that far-fetched to Him.

He began to change his mind, though, when he saw The GodMan film. The film made it clear to him that there is only one true God — that rivers and mountains and rocks have no power at all … but that Jesus has the power to save and heal!

The next time his mother came to visit him in the city, he boldly shared with her about his new faith and his new church. He explained to her all that he had learned about the Savior. And he is praying that soon she, too, will commit her life to Christ.

Your faithfulness and prayers shined a light in the spiritual darkness for Joseph. Thank you for reaching out to him, and his family, with the Good News!