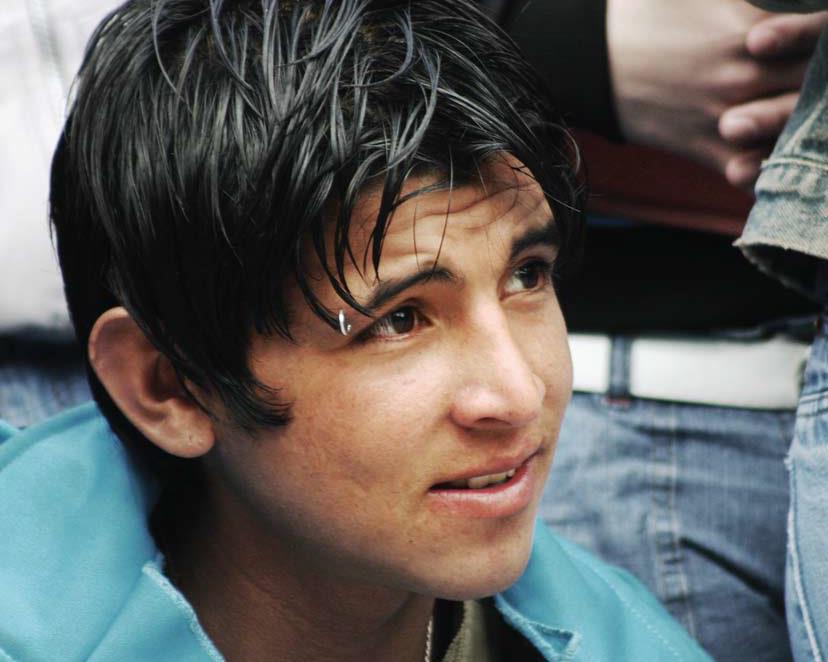 In Paraguay, 15-year-old Carlos placed the barrel of a loaded gun in his mouth. To……

In Paraguay, 15-year-old Carlos placed the barrel of a loaded gun in his mouth. To soothe his pain and try to find some acceptance and love, he had been practicing witchcraft—and it had led him to this. He pulled the trigger expecting to end his life…but nothing happened! By a miracle, the gun wouldn’t fire.
Soon after, because of financial problems, he was forced to go to the only school they could afford—a Christian school.

God was at work, and through the prayers and witness of his teachers, Carlos accepted Christ as Savior. The very next week, Carlos received a Book of Hope, attended a Hope Fest crusade and was trained in how to use the Book of Hope in ministry! Carlos served as an interpreter and helped distribute the Book of Hope to other children and youth in Paraguay. Praise the Lord for this life!!